Wolverhampton Wanderers have finally got up and running in the Premier League, defeating Southampton 1-0 on Saturday to record their first league win of the season.

It lifts the Old Gold up to 14th in the table and hopefully Bruno Lage can use this result as a catalyst for his team to really kick on and challenge for another top-half finish.

The victory came at a huge cost, though, with new signing Sasa Kalajdzic having to be substituted at half-time with what has since been diagnosed as an ACL injury, with no clear date for his return.

This is a major blow for Lage, especially with the £15.5m hitman brought to the club to remedy last season’s sorry return of 38 league goals from Wolves. It leaves the manager in limbo, with the club trying to sign Diego Costa, although the ex-Chelsea marksman has been denied a work permit.

If Lage didn’t make a huge decision in the summer over another attacking talent on the Old Gold’s radar, then the club might not have found themselves in this predicament…

Lage will have nightmares over Hwang near-miss

The Wolves manager could have avoided this crisis by making a move for South Korean striker Hwang Ui-jo before he joined Nottingham Forest in a €5m (£4.2m) deal, prior to being loaned out to Olympiacos for the season.

The player wanted to join Wolves, but the Old Gold only offered £2.5m for him as Bordeaux were holding out for £3.5m. By then it was too late, with Forest snapping up the forward.

He was described as a “wonderful player to coach” by his former manager Jean-Louis Gasset, which suggests that he’s the type of player who could have settled in well at Molineux.

He may also have formed an instant rapport with fellow countryman Hwang Hee-chan, and Lage could have used that Korean partnership to devasting effect.

The 30-year-old netted 29 goals and registered seven assists in Ligue 1 for Bordeaux, which shows that he can perform at the highest level. Last season alone he scored 11 times, five more than Wolves’ most potent players (Raul Jimenez and Daniel Podence with six each), and it looks like Lage has made a big blunder in letting the forward slip from his grasp.

With Jimenez injury-prone in recent weeks and a lack of centre-forward depth behind him and Kalajdzic, the Old Gold manager may well be having nightmares over missing out on this Hwang. 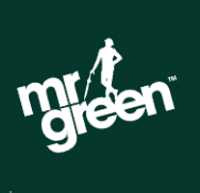 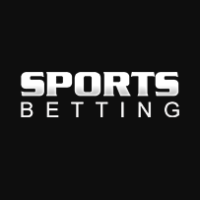