Why Fognini Says Playing Nadal Is ‘An Amazing Present’

Fabio Fognini is one of tennis’ great showmen. The charismatic Italian is capable of competing against anyone on the circuit on his day. The 35-year-old shotmaker knows he will need to be at his very best Wednesday evening when he plays four-time US Open champion Rafael Nadal.

“I know that it’s going to be really tough. I know that he’s the favourite. I know that he’s everything,” Fognini told ATPTour.com. “I’m just one of a thousand. He’s probably one of two or three. But let’s see. I know how to play, I know his game. He knows me. We know each other very well and I’ll try at least to play my best tennis and enjoy as much as I can.”

For many, facing Nadal on a massive stage like Arthur Ashe Stadium during an evening session would be a daunting task. While Fognini was clear that Nadal is the favourite, he has defeated the Spanish superstar at Flushing Meadows before.

In the third round of the US Open in 2015, Nadal took a two-set lead against Fognini. The Italian caught fire from there and surged past the lefty for one of the most stunning comebacks in recent memory. It was the first time Nadal had let slip a two-set advantage at a Grand Slam. When asked what he remembers from that night, Fognini pointed to one thing.

“That I won!” Fognini said, chuckling. “That’s the most important thing.”

Photo Credit: Getty Images
Fognini has won four of his 17 ATP Head2Head meetings against Nadal, most recently defeating him en route to his maiden ATP Masters 1000 title in Monte Carlo in 2019. While Nadal has won a majority of their clashes, Fognini lives for opportunities to face opponents like the 22-time major winner.

“Of course. I’m 35, I’m not 20 anymore. That’s why I’m still playing tennis and that’s why I love to play in these kind of matches with a great champion like him,” Fognini said. “Hopefully I’ll play my best tennis, complicate him during the match and try to fight until the end.”

Fognini battled hard in his first-round match in New York. The Italian rallied from two sets down to eliminate Aslan Karatsev. The fans urged on the veteran and a number of fans stuck around after the match was over to ask for his autograph.

“I like these kinds of emotions,” Fognini said. “[I am] happy because of course it’s my work and I try to do as best I can.”

After Fognini stunned Nadal in 2015, he was clear that there was no doubt in his game plan. He knew he had to play risky tennis to earn a reward, which turned out well that evening. The plan will remain the same on Thursday.

This will be Fognini’s first match inside Arthur Ashe Stadium since that win. What does he enjoy most about competing inside the world’s largest tennis-only stadium?

“You should ask [Rafa] because he won, or my wife,” Fognini said, referencing Flavia Pennetta, another former US Open champion. “For me, it’s just an amazing present that I gave to myself to compete again against a great champion like him and I would like to play my best tennis because it’s a dream of course trying to beat him in Arthur Ashe.” 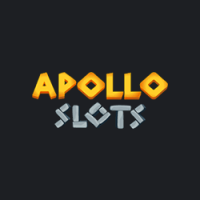 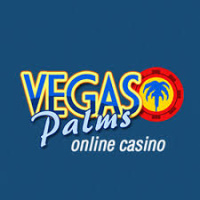