UFC Fight Night is back this weekend at the Pechanga Arena, San Diego, California with an exciting bantamweight main and featherweight co-main event.

All of last weekend’s fights ended by stoppage, a feat that hasn’t occurred since 2014, so this weekend’s action has big boots to fill.

We preview the best of the action below

Marlon ‘Chito’ Vera enters the octagon coming off a three-fight win streak as the 4/9 favourite and brings the heat to Dominick Cruz’s back yard in San Diego. The Ecuadorian has earnt himself three fight-of the-night bonuses in a row and will be chasing down his fourth this weekend.

Vera is the fifth ranked Bantamweight with a record of 19-7-1 and will look to make it 20 this Saturday. His record is deceiving as to his prowess, having fought truly the biggest and best the division has to offer. As of late, most of his wins have been coming by way of knockout or decision, with William Hill offering 3/1 odds on him winning by KO/TKO/DQ.

Cruz has also fought his fair share of formidable opponents, and since revitalising his career, comes into this bout off back-to-back wins. He remains the slight underdog at 7/4 but will be full of confidence walking out on home ground with the crowd undoubtedly cheering the bantamweight veteran on.

Cruz boasts an impressive record of 24-3, with 16 of those wins coming by decision. Due to his cat-and-mouse style fighting, it is likely this match-up will go the distance if Cruz can help it, with a Cruz win by decision priced at 9/4.

Both fighters are in form as of late which will make this match up all the more entertaining, as both fighters look to accelerate their career in the octagon. The bout looks likely to go to the judges’ scorecards, which is priced at 4/7.

Check out all the latest UFC offers at William Hill.

David Onama is a finish specialist, having ended all 10 of his wins by stoppage. His singular loss came against Mason Jones in 2021, and ironically is his only fight to have gone the distance. The Missouri native is the strong favourite to take the victory at 1/3.

Onama should be able to take the fight wherever it needs to go to secure the victory and considering most of his wins come by way of knockout, this should be an electric match-up no matter the direction the fight heads, with Onama being 10/11 to win by KO/TKO or submission.

Nate Landwehr has had a patchy performance with alternating wins and losses making him 2-2 in the UFC, and 15-4 on his overall record. ‘The Train’ secured his first submission victory last time out, and eight of his wins have come by knockout or technical knockout.

Landwehr is the underdog in this featherweight co-main event with a price of 23/10 to take the win. William Hill also make him 4/1 to win by knockout, which is how the majority of his wins have come from.

This featherweight match-up will be turning heads no matter the outcome, with the fight priced strongly to not last the scheduled three rounds at 2/5 for it to not go the distance.

Check out all the latest UFC betting odds at William Hill 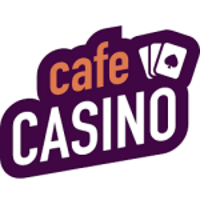