Tiafoe One Set From Upsetting Nadal At US Open

Frances Tiafoe has moved to within one set of stunning four-time champion Rafael Nadal at the US Open on Monday. The American leads the Spaniard 6-4, 4-6, 6-4 as he looks to capture his third Top 5 win and reach his second Grand Slam quarter-final.

In an intense performance, the 24-year-old has opened his shoulders and played fearlessly, firing 34 winners to take control after two hours and 30 minutes. Tiafoe is aiming to become the first American man to reach the last eight in New York since John Isner in 2018 and the youngest to accomplish the feat since Andy Roddick in 2006.

Tiafoe entered his fourth-round meeting against Nadal trailing 0-2 in their ATP Head2Head series, having lost all five previous sets. The second seed, who is 38-4 on the season, defeated Tiafoe in the quarter-finals at the Australian Open in 2019. If Tiafoe can gain revenge and secure the biggest win of his season, he will next play Andrey Rublev after the ninth seed dispatched Cameron Norrie 6-4, 6-4, 6-4.

In a lively first set, Tiafoe quickly found his range from the baseline. He struck his flat groundstrokes with conviction and demonstrated his agility, chasing down everything the Spaniard threw at him to move ahead.

Having lost the first set in two of his three matches in the opening week in New York, Nadal remained calm. He stuck with Tiafoe and capitalised on errors from the American in the 10th game of the second set to gain a foothold. When serving at 4-5, 15/15, the American misjudged a backhand from Nadal, leaving a ball that caught the line. He then hit a double fault at 30/40 to gift the Spaniard the set.

However, Tiafoe quickly put the disappointment behind him and responded with heavy hitting. The American fired a backhand winner at 3-3, 30/40 to convert the first break point of the set, before he stayed strong on serve.

Nadal is chasing his fifth title in New York and a record-extending 23rd Grand Slam crown this fortnight. The 36-year-old, who won the first two majors of the year at the Australian Open and Roland Garros, is currently No. 1 in the Pepperstone ATP Live Rankings and in the driving seat to leave New York in top spot.

However, if he falls to Tiafoe, the World No. 1 door will open for #NextGenATP Spaniard Carlos Alcaraz and Norway’s Casper Ruud. Read More On Battle For World No. 1. 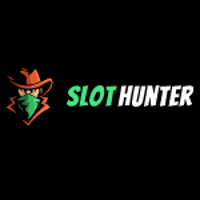 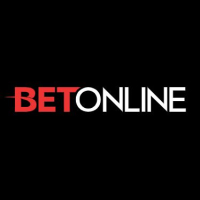