Terrific Tiafoe Takes Down Rublev For US Open SF Spot

Frances Tiafoe delivered a stunning all-around display to take down ninth seed Andrey Rublev on Wednesday at the US Open, where a combination of brutal groundstrokes, impeccable serving and delicate net play earned the American a 7-6(3), 7-6(0), 6-4 quarter-final victory.

Seeking to back up his thrilling four-set win against Rafael Nadal in the fourth round, Tiafoe expertly channelled the support of an ecstatic home crowd under a closed Arthur Ashe Stadium roof in rainy New York. The American’s confidence was most evident when he reeled off seven unanswered points in a row in a flawless second-set tie-break showing, but Tiafoe’s level rarely dropped as he closed out a two-hour, 35-minute triumph to charge to his maiden Grand Slam semi-final in style in New York.

“This is wild. This is crazy,” said Tiafoe in his on-court interview. “I had the biggest win of my life 24 hours ago and coming out and getting another big win… Andrey’s a hell of a player, and to back it up, that’s huge. It’s tough to turn the page, but I did and now I’m in the semis.

“I feel so at home on courts like this. This court is unbelievable. [The crowd] gets so far behind me, I want to play, I want to give my best. I always find a way somehow on this court, I always play some great tennis and I have been. Let’s enjoy this, we’ve got two more.”

Tiafoe is the first American man to reach the final four at Flushing Meadows since Andy Roddick in 2006. The American will next play the winner of Wednesday night’s heavyweight #NextGenATP battle between Carlos Alcaraz and Jannik Sinner. 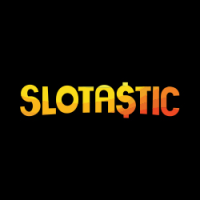