According to Italian outlet Calciomercatoweb, Spurs are among the teams with ‘concrete interest’ in the Napoli centre-back heading into the January transfer window.

Although they face some pretty tough competition from Premier League rivals Manchester United, Brighton & Hove Albion and a few others.

The South Korean – who is set to compete alongside Heung-min Son at the World Cup this week – is valued at around €50m (£43.5m) by the Serie A outfit and president Aurelio De Laurentiis will do everything he can to keep the 6 foot 3 titan at Gli Azzurri.

Min-jae could be one of the real surprises in Qatar over the next two or three weeks as his form in Italy has been really eye-catching.

Heading into the break, Napoli sit top of the table, ahead of the usual suspects – Juventus, Inter Milan, etc – and the Korean is Luciano Spalletti’s highest-rated centre-back (7.11) to have featured in ten or more matches, as per WhoScored.

Only one other ‘regular’ has a better passing success rate than Min-jae and he’s a defensive midfielder, whilst the former Jeonbuk Motors colossus leads the way for clearances (3.9) per game, and isn’t far behind for aerial duels won (3.6) or tackles (1.6) per game either.

A mix of brute strength and a deft touch, Min-jae could be an ideal fit in Antonio Conte’s back-three system over in the English capital, with passing, tackling and concentration three of his key attributes, as listed by WhoScored.

It’s perhaps little surprise to have seen the 44-cap international lauded as a “monster,” given such qualities. He has even been described as “an extraordinary defender” and “one of the best in the world” by teammate Khvicha Kvaratskhelia.

With Cristian Romero one of the first centre-backs named on the teamsheet – when fit – it would be perfect to partner him up with a talent like Min-jae heading into the new year, if not next season.

The pair could be a ruthless and formidable duo, alongside a less aggressive ball player such as Eric Dier or Clement Lenglet, and that’s exactly why sporting director Fabio Paratici should make his move after the World Cup, where the Korean sensation could well be one of the under-the-radar stars of the tournament as he looks to get past a giant in Portugal.

AND in other news, Spurs could sign Conte his “next Barella” in £26m swoop for “super talented” machine… 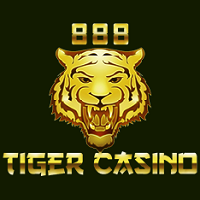