Probably the biggest fixture of the fourth round of the Spanish La Liga is the clash between Sevilla and Barcelona, scheduled for Saturday, September 3. The game is taking place at Estadio Ramón Sánchez Pizjuán, where Sevilla is without a La Liga win over Barca since 2015. Is it time for Sevilla’s poor streak to end?

When, Where, and How to Watch?

For three seasons in a row, Sevilla FC finished in the #4 place in the Spanish La Liga. Judging by what we’ve seen so far from these guys in the 2022-23 season, finishing so high in the standings is going to be a challenge.

Sevilla FC is currently in 15th place with just one point after three rounds and a score differential of 3-5. They got their only point of the season in Round 2 when they drew 1-1 with Valladolid at home. That’s an embarrassing result, knowing that Valladolid played in the second tier of the Spanish soccer league system last season.

The obvious question is what’s behind Sevilla’s poor run? No one can say for sure, but we can tell you what’s not the reason why this team’s been underachieving – the player quality.

Sevilla remains one of the best Spanish teams in terms of player talent, with most of their key men from the last season remaining on the roster. In fact, Sevilla’s roster looks even stronger than last year. Maybe the reason behind their poor run is that things just haven’t clicked yet.

Unfortunately for Sevilla, even if they do, winning points this weekend is not going to be easy. Why? Because their next opponent is Barcelona.

Three rounds into the 2022-23 season of the Spanish La Liga and Barcelona is one of only five undefeated teams. Unfortunately for them, they did drop points against Rayo Vallecano in the first round, playing 0-0 at home.

However, since the season opener, Barca players have been fantastic. They won the next two games, scoring a total of eight goals along the way, while conceding just one.

Their new signing Robert Lewandowski was the man in the spotlight in both of those wins. He put away two goals in Barca’s 4-1 win against Real Sociedad in round 2, as well as two goals in the 4-0 win over Valladolid last Sunday.

The other four goals Barca’s scored in the 2022-23 season were the work of four different players – Pedri, Sergi Roberto, Ousmane Dembele, and Ansu Fati.

Everything seems to be going in Barcelona’s favor ahead of the trip to Seville. The visitors are in top shape and seem to be loving their life at the moment. It’s just the opposite when it comes to Sevilla players, who are under a lot of pressure to win at least a point.

We don’t think they’re going to achieve their goal, but they will certainly try it, which means that we’re likely going to witness an entertaining clash. By “entertaining” we mean a game with plenty of goals.

Picks: Barcelona to win; over 2.5 goals 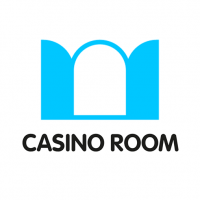