Casper Ruud recovered from a mid-match wobble at the US Open on Sunday, when he moved past French lucky loser Corentin Moutet 6-1, 6-2, 6-7(4), 6-2 to reach the quarter-finals in New York for the first time.

The Norwegian was pushed to the limit in his five-set third-round win against Tommy Paul, but looked on course for a comfortable victory against Moutet on Arthur Ashe stadium. However, from 4-2 ahead in the third set, the 23-year-old lost concentration and control on his forehand, with Moutet rallying to clinch the set and a foothold in the match.

Ruud was not to be denied, though. He fended off three break points in the fourth set, while he hit his groundstrokes with more depth and spin to eventually advance after three hours and 22 minutes.

“I had a great start and the [two] sets that I won were not showing the real result. It was much tougher,” Ruud said in his on-court interview. “Corentin is a very tricky player. He has all the shots, runs well. He can produce trick shots and everything. I really needed to stay focused and stay sharp and I was playing really well until I got broke back in the third, which was frustrating.

“He raised his level a bit. But [the] fourth set I was able to break him a couple of times and serve good enough luckily. I didn’t change much but I was able to dictate the game more.”

Ruud, who is making his fourth appearance at the hard-court Grand Slam, will next face 13th-seeded Italian Matteo Berrettini. The fifth seed has won three tour-level titles this season, while he reached his maiden Grand Slam final at Roland Garros in June.

Ruud now holds a 42-15 record on the year and has a chance of rising to No. 1 in the Pepperstone ATP Rankings after the US Open. He is one of four players – Rafael Nadal, Daniil Medvedev and Carlos Alcaraz – who have the opportunity to finish the US Open as the World No. 1. All but Nadal must reach the championship match to have a chance of leaving New York in top spot. More On Key Matches In Battle For No. 1.

Ruud opened play against Moutet on Arthur Ashe Stadium on Day 7 in New York and it was an experience he relished.

”It has been a dream of mine to play on this court at least one time in my career,” Ruud said when asked about competing on Arthur Ashe Stadium for the first time. “Now I have a win here as well, so I can tell my future kids and grandkids that I played here and that will be a fun story to tell. It was amazing.”

Moutet defeated former World No. 3 Stan Wawrinka, 2021 quarter-finalist Botic van de Zandschulp and Argentine Pedro Cachin to become the first lucky loser on record to reach the fourth round at the US Open. The 23-year-old struggled to deal with Ruud’s consistency at times in their first ATP Head2Head meeting and was tough on himself, dropping to the floor to do nine pushups after hitting a poorly executed drop shot at the start of the second set.

Corentin Moutet getting ready for a fourth set against Casper Ruud (probably).pic.twitter.com/0NUyRZ4vjJ

Despite defeat, Moutet is up to No. 80 in the Pepperstone ATP Live Rankings following his run in New York. 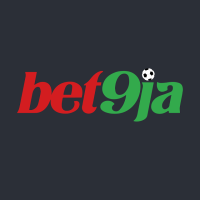