Orta could seal a big upgrade on £55k-p/w Leeds flop in swoop for £8.7m wonderkid – opinion

Leeds United have been handed a boost in their bid to bring Fabiano Parisi to Elland Road.

That’s according to a report by Italian media outlet TuttoMercatoWeb, who claim that Empoli are now willing to part with the left-back for a figure in the region of €10m (£8.7m) in the January transfer window – on the premise that the 22-year-old will be loaned back to the club until the end of the current campaign.

This is sure to come as a huge boost to Victor Orta, who was reported to be keen on a move for the Italy international in the summer, however, TMW go on to note that the likes of AFC Fiorentina, SS Lazio, Inter Milan and Juventus are also keeping a close eye on the situation of the full-back ahead of a potential move of their own.

Considering just how exciting a talent Parisi very much appears to be, in addition to the fact that Leeds’ £13m signing of Junior Firpo has not worked out whatsoever, it is not difficult to understand why Orta would be keen on a move for the Italian in January.

Indeed, over his 14 Serie A appearances so far this season, the £7m-rated wonderkid has been in exceptional defensive form, helping his side keep five clean sheets, in addition to making an average of 2.3 tackles, 1.4 interceptions, 2.3 clearances and winning 6.6 duels – at a success rate of 60% – per game.

The £3.1k-per-week sensation has also caught the eye going forwards, having already bagged two goals and created one big chance, as well as taking an average of 0.9 shots, making one key pass and completing 1.5 dribbles per game.

These returns have seen the player who Álvaro Canibe dubbed “spectacular” average an extremely impressive SofaScore match rating of 6.98, currently ranking him as Empoli’s third-best performer in the top flight of Italian football.

In contrast, over Firpo’s 24 Premier League appearances last season, the £10.5m-rated left-back helped Leeds keep just one clean sheet, in addition to making an average of 2.5 tackles, one interception, 1.3 clearances and winning 4.9 duels – at a success rate of 53% – per game.

These returns saw the 26-year-old average an extremely disappointing SofaScore match rating of just 6.60, ranking him as Jesse Marsch’s seventh-worst performer in the league last time out.

As such, with Parisi bettering Firpo in almost every defensive and attacking metric, in addition to being four years the Spaniard’s junior, it is clear to see the Italian would represent a huge upgrade on the former Barcelona man – leading us to believe that Orta must do everything he can to land the 22-year-old this winter. 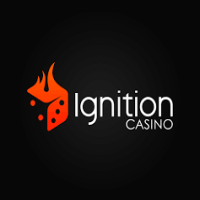