Second seed Cameron Norrie made a winning start at the Eugene Korea Open Tennis Championships on Thursday, cruising past Japanese wild card Kaichi Uchida 6-2, 6-2 to reach the quarter-finals in Seoul.

In a strong serving display, the Briton fired eight aces and did not face a break point en route to his 63-minute victory. Norrie has now advanced to 11 tour-level quarter-finals this season, holding a 46-23 record on the year.

“It feels great. Especially to wake up early this morning as I was a bit let lagged. It was nice to get up early and get it done in straight sets,” Norrie said. “I felt that the conditions suited me well. It was pretty hot, so I like that. It was a tough match but I was able to win some close games and get a couple of breaks each set, so it was a good day for me overall.”

The 27-year-old is currently 11th in the Pepperstone ATP Live Race To Turin. The four-time tour-level titlist will be aiming for a deep run at the ATP 250 hard-court event as he looks to boost his chances of qualifying for the Nitto ATP Finals, to be held in Turin from 13-20 November.

Norrie will next face eighth seed Jenson Brooksby after the American downed South Korean Soonwoo Kwon 6-3, 6-4 in one hour and 33 minutes.

Brooksby is seeking his maiden tour-level title this week in Seoul, having enjoyed runs to the final in Dallas and Atlanta earlier this season. The 21-year-old is up four places to No. 42 in the Pepperstone ATP Live Rankings following his 24th tour-level win of the year.

The 24-year-old Kovacevic, who is making his tour-level debut this week, will play countryman Mackenzie McDonald in the quarter-finals. McDonald cruised past Japan’s Shintaro Mochizuki 6-3, 6-4 in 90 minutes. 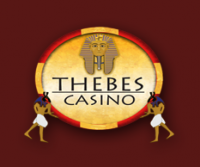