With former MVP Cody Bellinger projected to earn $18.1MM in his last year of arbitration eligibility, there has been plenty of speculation that the 27-year-old might not be tendered a contract.  Los Angeles president of baseball operations Andrew Friedman was non-committal about Belllinger’s situation, telling reporters (including Bill Plunkett of the Orange County Register) that the Dodgers “still very much believe in Belli’s ability,” and that the club has “time to work through what everything looks like” prior to Friday’s deadline.

Unsurprisingly, Bellinger’s agent Scott Boras was quick to downplay the idea of a non-tender, as Boras highlighted his client’s excellent defense, throwing arm, baserunning ability, and age (27).  “You just don’t find talents like this….It’s really about getting his strength back so he can repeat his skill level,” Boras said, noting the injuries that may have caused Bellinger’s huge dropoff at the plate over the last two seasons.  Bellinger has hit only .193/.256/.355 in 900 plate appearances since the start of the 2021 campaign.  However, both Boras and Friedman pointed to the idea that a normal and healthy offseason could help Bellinger get on track, as Bellinger’s regular work with the Dodgers’ hitting coaches and conditioning staff was interrupted last winter by the lockout.

Other notes from around the NL West… 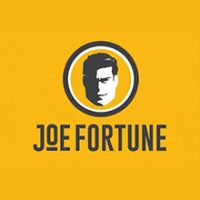