GeoComply’s geolocation data gathered around NFL stadia in states which offer legal sports betting during week 1 and week 2 of the new season showed that over 66,000 geolocation checks came from 7,300 unique accounts at State Farm Stadium during the Kansan City Chiefs vs Arizona Cardinals match on September 11.

Judging by the geolocation data, GeoComply believes the Super Bowl LVII in February will turn out to be a betting bonanza as it will be hosted for the first time in a state with regulated sports betting.

“Seeing data from many of these games that shows more than 10 percent of NFL fans in stadiums are engaging with licensed sportsbooks is a clear win for states that choose to regulate sports betting,” commented Anna Sainsbury, chief executive officer of GeoComply.

“This wealth of data is so important for lawmakers and sports leagues to determine sports betting policies in their states and at their stadiums,” Sainsbury concluded.

Besides in Arizona, home games over the first two weeks of the NFL season were also played in Colorado, Illinois, Louisiana, Michigan, New Jersey, New York, Pennsylvania, and Tennessee, and the Philadelphia Eagles’ Lincoln Financial Field topped the rankings as the busiest stadium during weeks one and two with 76,400 geolocation checks from 8,000 unique users.

Third in the rankings came Ford Field in Detroit, Michigan, during the visit of the Philadelphia Eagles to the Detroit Lions as GeoComply registered 47,000 geolocation checks from the stadium from 6,100 unique users.

A comparison of data related to two matches played on a Sunday at MetLife Stadium showed that bettors at the Ravens vs Jets game with 44,300 checks from 8,800 accounts were more active than those a week later at the Panthers vs Giants game with 38,800 checks from 8,000 unique users.

Data from Acrisure Stadium in Pittsburgh revealed that, though bettors at the Patriots vs Steelers game fell behind those at the Vikings vs Eagles game, the 38,600 checks from 5,000 accounts represented 28% of all betting activity for the city of Pittsburgh.

GeoComply noted that all geolocation data used in the analysis was captured from inside the stadia and the surrounding parking lots to include tailgating, for a total of seven hours starting three hours before the kick-off until four hours after kick-off.

As the trusted geolocation supplier for almost 100% of the country’s operators, GeoComply provides reliable data and insight into the state of the sports betting industry.

Earlier in the month, GeoComply revealed that betting data from the opening Thursday in the NFL season soared by 77% as compared to the same period in 2021, while for the first NFL week geolocation checks registered a 71.5% increase year-over-year. 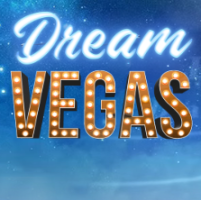 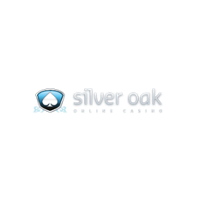