ETH May Already Be Showcasing Increased Signs of Centralization

In hours following the Merge, just two platforms added over 40% of the network’s blocks

In the hours following Ethereum’s long-awaited Merge on Thursday, over 40% of the network’s blocks were added by just two entities: Coinbase and Lido.

The shift from proof-of-work (PoW) to proof-of-stake (PoS) was framed by developers as a way to defeat centralization on the second-largest blockchain network by making it harder for individual entities to tamper with the Ethereum ledger. But early signs of network consolidation have raised concerns that those hopes may not come to pass.

“Out of the last 1,000 blocks, 420 have been built by just Lido and Coinbase,” Martin Köppelmann, co-founder of Gnosis, an Ethereum infrastructure firm, wrote in a tweet.

In his thread, Köppelmann mentioned that just seven players own more than two-thirds of the stake on Ethereum’s proof-of-stake network – the key measure of network power under the new miner-free system. Lido, a kind of community-led staking collective, and Coinbase, the world’s third-largest crypto exchange, own 27.5% and 14.5% of the network’s stake, respectively. 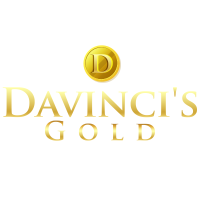