Despite getting new booking, Chase Sherman frustrated with Josh Parisian’s withdrawal: ‘I definitely want that fight back’

The UFC heavyweight veteran is hoping to get re-booked against Parisian, as he’s not happy with the way things went down the last time they were booked to fight in the octagon.

Sherman (16-10 MMA, 4-9 UFC) and Parisian were set to meet at UFC Fight Night 214 earlier this month. Both fighters went through a complete fight week – doing media and successfully weighing in. However, on the day of the fight, Parisian withdrew from the matchup, citing chest pain and heart palpitations.

“Yeah, I definitely want that fight back,” Sherman told reporters at the UFC Fight Night 215 media day. “It was very frustrating. I’m not a doctor, but I read the statement they released, and you know, to me, it seemed like may have had an anxiety attack, but whatever.

“I want that fight back. … I’m trying to be really nice right now because that was really frustrating, and I didn’t get to see my kids for two months and then that fight got pulled, and I had to call my son and tell him I wasn’t going to be home for another two weeks. I had an opponent change, and having to prepare for that and all these other things that come with someone pulling out the day of the fight. Someone’s got to pay the piper, you know what I’m saying. I’m going to take it out of his ass, and I want the fight.”

Derrick Lewis: ‘My back is real against the wall’ going into UFC Fight Night 215 main event

Sherman is now set to compete against undefeated Waldo Cortes-Acosta (8-0 MMA, 1-0 UFC). They meet on the main card of UFC Fight Night 215 this Saturday. Sherman doesn’t think the matchup is drastically different than the one with Parisian.

“It’s not like one was a heavy striker and one was a collegiate wrestler,” Sherman said. “It’s not having to change the game plan that much. It’s just finding a few different key points we want to use to attack.” 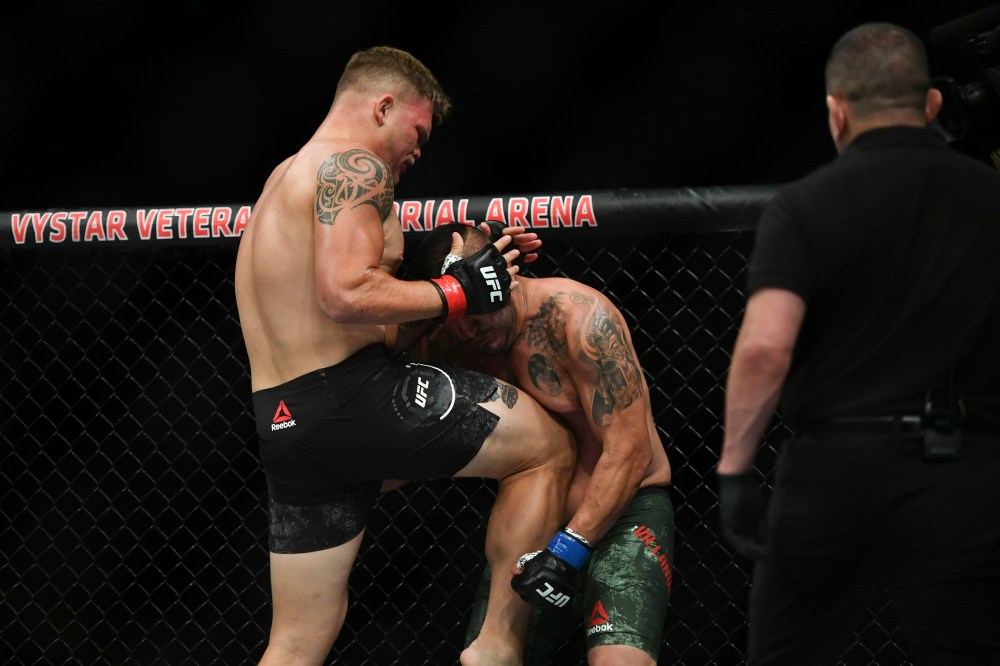