The Christmas Festival at Kempton Park Racecourse is an annual two-day race meeting held over Boxing Day and the 27th of December. The event plays host to some of the most significant races of the National Hunt season, which never fail to provide star-studded competition between the most exciting equine athletes, both old favourites and rising stars.

The feature races of the Festival include the Grade 1 King George VI Chase, the Grade 1 Christmas Hurdle and the Grade 2 Desert Orchid Chase.  There is no better way to spend your bank holiday than by watching the top-class racing unfold at Kempton Park.

Whilst the Festival has grown in importance and following, it was first built around the King George VI Chase, which was first run in 1937 and named in honour of the new King George VI (crowned in May of that year). Its first winner was a horse named Southern Hero who, at twelve years old, impressively remains the oldest-ever winner of the race.

The first day of the Kempton Park Christmas Festival on Boxing Day holds a total of six high-octane races, three of which are Grade 1 contests, reserved for the best of the best. These include the King George VI Chase (which is not to be confused with the King George VI & Queen Elizabeth Stakes, a Flat race held each summer at Ascot), the Christmas Hurdle and the Kauto Star Novices’ Chase.

Last year, the prestigious King George VI, which is widely considered to be second only to the Gold Cup Chase at Cheltenham Festival, was won by Willie Mullins-trained Tornado Flyer under jockey Danny Mullins.

On Monday 26th December, the results of the afternoon’s races will be updated and confirmed after the jockeys of each contest have ‘weighed-out’ after riding. This confirms whether or not the horse they were riding went over the finish line carrying the weight they started with. On the rare occasion that a weigh-out proves this to be otherwise, the results of the race may be invalidated and can be changed due to disqualifications. The final result is confirmed by the Stewards.

Usually, result information is accurate around fifteen to twenty minutes after the race has been run. Infrequent photo-finishes and Stewards’ Enquiries may cause short delays.

Here are the winners from the last 10 years:

The day following Boxing Day hosts the other six races of the Festival, namely the Grade 2 Desert Orchid Chase and the Grade 2 Wayward Lad Novices’ Chase. Both of these races have been named after legendary steeple-chasers: Desert Orchid won four King George VI’s, whilst Wayward Lad won the race three times during his racing career.

The winner of last year’s Desert Orchid Chase was Shishkin, trained by Nicky Henderson and ridden to victory by stable jockey Nico de Boinville. The Wayward Lad was won by Edwardstone for trainer Alan King and jockey Tom Cannon.

On Tuesday 27th December, the results of the afternoon’s races will be updated and confirmed after the jockeys of each contest have ‘weighed-out’ after riding.

Usually, result information is accurate around fifteen minutes after the race has been run.

Here are the winners from the last 10 years:

This year’s top entrants for the King George VI Chase, subject to declaration on Christmas Eve, are in excellent form, making it as tough a call as ever when trying to predict the winner.

Protektorat, the winner of November’s Betfair Chase at Sandown, must be considered based on that performance, and as such looks generously priced at 10/1, but it remains to be seen if he will line up at Kempton.

Ahead of him in the market is the recent Newcastle Rehearsal Chase winner, L’Homme Presse who, though rated slightly lower, is priced at 5/1.

Last year’s winner, Tornado Flyer’s form dropped towards the end of last season and, despite a recent second, he is lower down the market at 10/1. Another Mullins-trained entrant is Allaho, who – though currently unpriced – must be a serious contender having been unbeaten last season.

Paul Nicholls is expected to be the trainer of the day, however, with both Bravemansgame and Hitman taking the shortest prices, at 5/4 and 7/2 respectively. They’ve both enjoyed success already this season, and with Nicholls in bristling form as usual, must be safe selections. 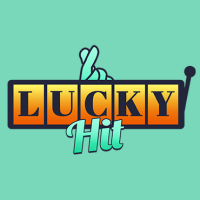 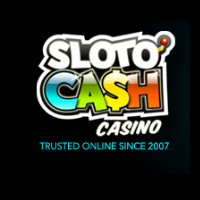