Dark Shift has had a fantastic season so far and we’ve been delighted with him. He takes his chance in the Superior Mile Stakes (1.45pm) and it’s a race we’ve had in mind for a while. It will be interesting to see how he gets on at this level, but he’s more than worth a go at it.

He steps up to a mile again and I think that’s probably his best trip as he showed in the Hunt Cup at Royal Ascot. Obviously, his best form is around there but Haydock is quite similar to Nottingham where he won well earlier this year, so I think the track will be perfect for him.

We run Inverness in the 1m6f handicap (2.20pm) and I’m hopeful he’ll go close. He’s well drawn in stall six and seems to improving with racing which bodes well here. The ground will be ideal for him, and I’d like to think he’ll run a big race.

Khaadem goes in the Group One Sprint Cup (3.30pm). I thought he ran pretty well in the Nunthorpe considering the ground was a bit loose on top which he doesn’t like. The fast ground will suit him much better at Haydock and I’m looking forward to running him over six furlongs.

It’s a big field which I think should suit given he won a Stewards’ Cup a few years ago and we’ll ride him like we did in that. He’s a very good horse on his day and with any luck the race will be run for him to show that.

Over at Ascot, we’ve got The Toff in the nursery (2.35pm). He comes out quite well at the weights in this race and the stiff seven furlongs at Ascot should suit him well.

I’ve been really happy with The Attorney this year and hopefully he can continue his fine campaign in the seven-furlong handicap (3.10pm). The track should play to his strengths as will the fast ground, so he should have a solid each-way chance.

It was brilliant to win the Amateurs’ Derby with Saratoga Gold at Epsom on Monday. It was a very special moment for Daniel [Kyne] to ride his first winner and I’m sure it will be the first of many. 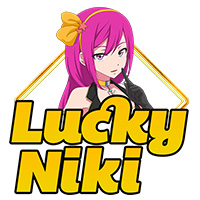