I’m really looking forward to running Sydneyarms Chelsea in the Rockfel Stakes (3.00pm) on Friday at Newmarket. We had her in the Moyglare last week but just wanted to avoid the soft ground there so have come here instead and we’re hopeful she’ll run very well. She seems to be improving with every run and her work at home has been great, so if she can improve again from her win at Deauville then she should be there or thereabouts.

We run both Pogo and Mutasaabeq in the Joel Stakes (3.35pm). Both horses have some good form on this track and I’ve been very happy with both of them.

Pogo has had a fantastic season and he seems well in himself after a short break since he ran at York. We’ve freshened him up since then and he was obviously second in this race last time, so you’d have to be hopeful.

We’ve tried Mutasaabeq in blinkers a couple of times at home and he’s worked well in them, so we’ve decided to put them on him. He was a tad disappointing at Goodwood but had been holding his form well prior to that.

I’d be pretty hopeful Mutaany could go close in the six-furlong maiden (3.50pm) at Haydock. He’s bumped into a couple of good horses so far and the form of those runs should make him tough to beat.

We’ve had Wanees gelded since his run at Goodwood and the drop back to a mile in the Old Boston Handicap (2.05pm) will suit. They should go a good strong pace and he’s drawn one which should mean he gets a bit of cover. He’s been behaving better since he’s been gelded and we all know he has plenty of ability when he’s on song.

Equality is in good nick ahead of the five-furlong handicap (2.40pm). He was just touched off at Windsor last time and I’d have thought Haydock will suit him. We’re going to keep him in training next year and I’m sure he’s got a couple of big races in him.

We’re sending Galeron over to Ireland for the Goffs Million (3.20pm). He ran a great race at Doncaster last time and the step up to seven furlongs should suit him well. I think the track will play to his strengths and while it’s a competitive race, as it should be, I’ve been very pleased with him and he seems to be thriving with racing. It’s a race I’ve always had in mind for him and it’s great we’ve got Shane Foley to ride him too.

The Attorney and Tuscan run in the seven-furlong handicap (5.25pm). Both horses have good form on the Rowley Mile and it’s pretty hard to split them, to be honest.

The Attorney has had a good season and won last time, while Tuscan comes into this pretty fresh having not been over raced this season. Both go there with solid-enough chances. 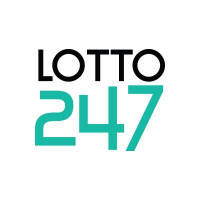 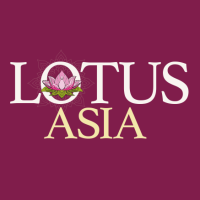