Rivalries, returns and rookies: The NBA games you can’t miss for 2022-23

Playoff rematches, must-see reunions and plenty of Lakers showdowns headline our most anticipated games of 2022-23.

Timo Werner claims Thomas Tuchel’s tactics did not suit him at Chelsea.

Sir Jim Ratcliffe is interested in buying Man Utd from the Glazer family.

Cristiano Ronaldo has been cautioned by the police.

Panthers star running back Christian McCaffrey was involved in a scuffle Wednesday during a joint practice with the Patriots that left a fan injured.

Nasdaq-listed, leading international technology company and provider of business-to-business sports betting announced its financial results for Q2. The quarter that ended on June 30 recorded a 23% overall increase in…

Gareth Taylor has admitted it’s a ‘real shame’ that there will not be room in the Champions League group stages for both Manchester City and Real Madrid, after the pair… 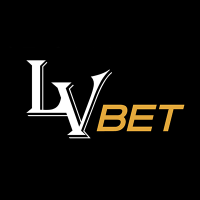 The Pennsylvania Gaming Control Board (PGCB), the gambling regulator in the state, released the gaming revenue results for July, marking a somewhat...

NuxGame, a B2B provider of iGaming and sports betting solutions, has unveiled a new gaming solution called White Label. The novel addition will help the...

Who is potential Man Utd buyer Sir Jim Ratcliffe, how much is he worth, why would he buy the Blues and how much for?...