Canelo Alvarez closed out one of the biggest boxing rivalries of this generation with a unanimous decision victory over Gennadiy Golovkin in their trilogy fight to retain his super middleweight undisputed championship.

But the victory wasn’t enough for Alvarez to move up in ESPN’s pound-for-pound rankings. Most of our panelists decided to keep Alvarez at the same spot, while others moved him down the list, arguing he didn’t look good enough against a much older and slower opponent.

“I kept Canelo at No. 5 on my list because while he did clearly defeat GGG, he faded down the stretch and it was far from an impressive performance,” ESPN boxing writer Mike Coppinger said. “Alvarez said he needs surgery to repair his left wrist, the hand he throws his signature left hook with. That could help explain the outing, and he’ll have another chance to reclaim the top spot next year if he lands a rematch with Dmitry Bivol or fights David Benavidez.”

Boxing analyst Bernardo Pilatti, a well known critic of Alvarez, decided to drop Canelo from his top 10 all together.

“I already had Canelo No. 7 on my list before the fight, and after what I think was a bad performance against Golovkin, I decided not to include him in my top 10, regardless of the result,” Pilatti said. “Plus, Canelo had a responsibility to win with authority being the champion and the younger fighter, put on a show and, as he promised he would do, knock out and retire GGG. And he didn’t do any of that.” 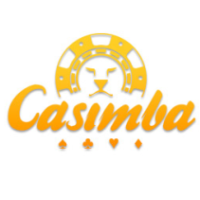