It was 50 years ago that the ATP was formed at the US Open in 1972, little more than four years after tennis entered the Open Era. Much has changed during the past five centuries, including the move of the American major from the grass of Forest Hills to the hard courts of Flushing Meadows and its cavernous Arthur Ashe Stadium, named after one of the ATP’s most influential pioneers.

As part of ATP’s anniversary celebrations, ATPTour.com has identified 50 game-changing moments of the past 50 years, beginning with the formation of the ATP at Forest Hills, and collated them in an immersive feature.

Here’s how it all began…

The Association of Tennis Professionals was formed when around 70 players convened under the centre court stands of West Side Tennis Club at Forest Hills, in September 1972 at the US Open. With the inspirational Jack Kramer at the helm, the former player and pro tour promoter accepted the role of chief executive officer on one condition: no pay.

Arthur Ashe, Cliff Drysdale, Donald Dell and Jim McManus had started to lobby players to each pay a $100 joining fee in early August. In a management (tournaments, circuits, promoters) versus labour (players) struggle, there was no one representing labour.

Kramer and Dell flew tirelessly around the world trying to professionalise the game, having devised the original format for a points-linked Grand Prix. It became the basis of the ATP Tour we know today. The original 1972 ATP Board was Ashe, John Barrett, Bob Briner, Mark Cox, Pierre Darmon, Dell, Drysdale, Ismail El Shafei, Jaime Fillol, Kramer, McManus, Nikki Pilic and Stan Smith. By 1973, Ashe, as acting treasurer, imposed that 20 per cent of all prize money went into funding ATP.

From classic matches to legendary players, relive all 50 game-changing moments. 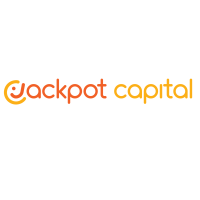