5 things to watch for the in EFL – Matchday 8

Games are starting to come thick and fast in the EFL, with the notorious Saturday-Tuesday schedule now kicking in and teams shaking off any early season rust. We’ve already seen managerial changes, surprise table-toppers, and plenty of shocks – what do the Championship, League One and League Two have in store for us on Matchday 8?

Here’s our five things to watch out for.

West Brom v Burnley looks like being the game of the weekend in the Championship, as two sides who met in the Premier League as recently as February 2021 face off at The Hawthorns. The Baggies have started the season slowly, but their last home game ended in a 5-2 thrashing of Hull City. West Brom have lost just one of their last 10 home league games and are 23/20 to keep that good run going with a win.

Baggies’ striker Karlan Grant has scored six times in his last seven home games in all competitions, and has three goals already this season. We have Enhanced Odds of 6/1 that Grant gets the first goal of the game against Burnley.

Vincent Kompany’s Clarets have made a strong start to the campaign and are just two points off the top heading into this game. Burnley are 12/5 to win, while the possession-dominant Clarets are 5/1 to lead at half-time and hold out to win the match with our Enhanced Odds.

Tony Mowbray makes a return to Middlesbrough for whom he both played and managed – and the new Sunderland boss will be hoping to put one over his old team with his new side.

This is the first league meeting between Boro and Sunderland in over four years, since the sides drew 3-3 in February 2018. Sunderland have won two of their three away games so far this season and are 10/3 to make it three road wins on Monday night.

Chris Wilder’s Middlesbrough have been slow out of the blocks with just a single win from their seven games so far. Boro have kept just one clean sheet in their last 11 home league games, and a Boro win with both teams finding the net is 14/5.

Will anyone put one past Preston?

Preston are one of the stories of the season so far in the entire EFL, with their seven games providing a remarkable statistical oddity. North End are yet to concede a single goal this season, and are only the sixth side in English Football League history to draw each of their first three home games 0-0.

Will that streak end this weekend? Birmingham City have won just two of their last 21 away league games at Preston and sit in the Championship relegation zone. Preston are 4/6 to win, and 19/20 to keep an astonishing eighth consecutive clean sheet to start the season. Another 0-0 is 7/1.

Posh no pushovers at Pompey

There are some big games in League One this weekend, as fifth-place Plymouth head to sixth-place Derby – but an even bigger clash is set to take place on the south coast at Fratton Park. Table-topping Portsmouth host fourth-place Peterborough in a match that could decide who leads the league at the end of the weekend.

Peterborough won here on their last visit, a 1-0 victory in March 2021, and Pompey have won just one of their last six meetings with Posh in all competitions. A Peterborough win is 23/10, and a draw 12/5. Portsmouth, though, are unbeaten this season and have won their last four home games in the league – they are 11/10 to make it five home wins in a row.

Barrow sit second in the League Two table but their hosts, Northampton, are just four points behind them and could climb into the top three with a win. Since drawing 2-2 in their first ever league meeting in 1958, there hasn’t been a single draw in the subsequent 15 matches – with the Cobblers winning 11 of those. Northampton are 21/20 to claim another home win. Barrow though have won 5 out of 6 league games under their manager Pete Wild, and are 27/10 to strengthen their position near the top of the table with victory.

The post 5 things to watch for the in EFL – Matchday 8 appeared first on William Hill News. 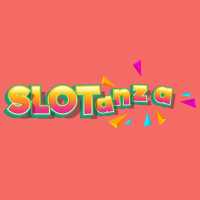 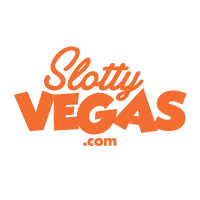 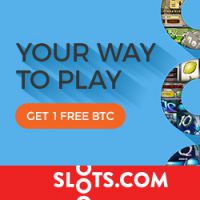