5 things to watch for in the EFL – Matchday 9

We’re entering the stage of the season where fans can officially stop saying that it’s too early to look at the table in the EFL. The transfer window has closed until January, teams are finding form, slumping from hot starts, or picking themselves back up after early struggles.

As always in the EFL, every game matters – and there’s some big ones ahead this weekend in the Championship, League One and League Two.

Here’s five things to watch for in the EFL on Matchday 9.

Two of the favourites for promotion from the Championship meet on Friday night at Turf Moor, as Burnley host Norwich. Both sides have shown no hangovers after last year’s relegation from the Premier League and are in great form heading into this one. Norwich sit second in the table after five consecutive league wins, and will fancy their chances of causing an upset: the Canaries are 11/5 to win and jump to the top of the table. Josh Sargent has been in fine goalscoring form so far this season, and we have Enhanced Odds of 16/1 that Sargent scores, Norwich win, and there are under 3 goals in the match.

Burnley, though, are just a few points behind Norwich, and have a good record against the visitors. The Clarets have won eight of the last 13 league meetings with Norwich, losing just two – although they did fail to beat the Canaries in both games last season. Burnley to win on Friday is 6/5, while a draw is 23/10.

Can Rotherham blunt the Blades?

Sheffield United are top of the Championship heading into Matchday 9, although Norwich may have displaced them at the summit by the time the Blades kick off their Yorkshire derby against Rotherham. The Blades have a 100% home record this season, while Rotherham are yet to win away, so the home side are strong favourites in this one. United striker Oli McBurnie has scored in each of his last three games after going 43 league appearances without finding the net – the Scotland international is 4/1 to score the opener on Saturday.

It’s over 20 years since Rotherham scored a league goal at Bramall Lane – in fact, current manager Paul Warne was playing for the Millers the last time they found the back of the net here in December 2001. Rotherham have conceded just six times in their seven games this season – three of which came in the defeat to Sunderland – and will hope to keep it tight against United. Under 1.5 goals in the match is 9/4, while a draw is 3/1.

Bristol City are one of the surprises of the season so far – the Robins have been in outstanding form, sitting fourth in the table having scored 16 times in their eight games. They have been driven on by striker Andreas Weimann, who has three goals and four assists already.

Since the start of last season, Weimann has been involved in more Championship goals than any other player currently in the division – a remarkable 25 goals and 14 assists. This week’s opponents, Preston, have been obdurate in defence to date – but a Bristol City win with Weimann scoring any time is 16/5.

Preston are yet to play a league game this season in which more than one goal was scored – it’s 2/1 that there are under 1.5 goals scored in this match.

Tractor Boys to stall against Cambridge?

For the second Saturday running, four of the top six in League One face each other. We’ve got our eyes on Portman Road where league-leaders Ipswich Town host fifth-place Cambridge. Ipswich are one of just two unbeaten teams left in League One but have never beaten Cambridge in the Football League in four previous encounters. The Tractor Boys are odds-on to end that streak with three points on Saturday.

Cambridge, though, won here as recently as five months ago – a 1-0 triumph in April. They are 13/2 to claim another away win on Saturday, while a draw is 10/3.

Is Matchday 9 too early for a six-pointer? Tell that to fans of Crawley and Gillingham, whose sides sit just outside the dreaded drop zone heading into this one. Twenty-first-place Gillingham make the trip to 22nd-place Crawley, with just one win in fourteen games between them.

The goal-shy Gills have scored just a single goal in their opening seven league games, although Crawley have only found the net five times themselves. This looks set to be a tight one, with 7/4 on under 1.5 goals in the match. Crawley are 11/8 to get the home win, while Gillingham, who have won two of their three away league games against the Reds, are 21/10 to get the victory.

The post 5 things to watch for in the EFL – Matchday 9 appeared first on William Hill News. 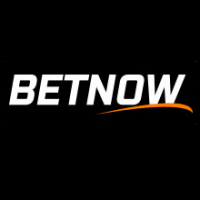